Fresh sardines in spiced olive oil, handmade with the Portuguese traditional method, with 1 piri-piri at the bottom of the can, a slice of carrot and cucumber. 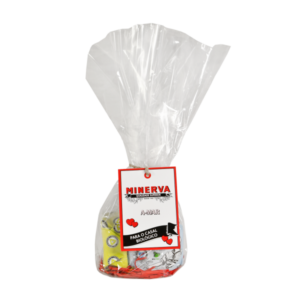 Sardines are a widely known blue fish, characterized by their silver scales, that they use to protect from predators. They generally have around 14 cm of length and inhabit areas of the Mediterranean Sea and Atlantic Ocean in large migrating banks.

La Góndola sardine is caught with the resource of Portuguese traditional methods, friendly to the environment.

La Góndola canned sardines are fished exclusively in the Atlantic Ocean to guarantee the highest quality product. Afterwards, the best specimen are selected and manually canned, one be one, following the Portuguese traditional method. Once in the can, a covering of olive oil, piri-piri and pickles are added giving it an exotic touch.

After closing, the can is submitted to a thermal process at 118ºC to sterilize it and guarantee the elimination of organisms that cause the decomposition of food.

It’s presented in the individual 120g can format.

Canned sardines do not need refrigeration, so they can be stored in a cool, dry place. They can be consumed immediately after opening the can without need for cooking or elaborate processes. In case the whole content is not consumed, it is recommended to take it out of the can and keep it refrigerated until 48 hours.

We recommend its consumption at room temperature just as it is found, directly from the can, enjoying the covering liquid or even accompanied by soft bread to slice.